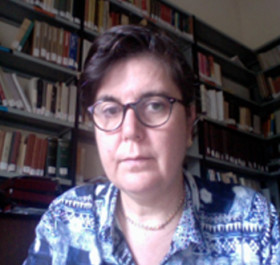 Tiziana Pontillo is a Senior Lecturer in Sanskrit (2002-) at the Philology, Literature and Linguistics Department of Cagliari. She is the author of more than 80 contributions mainly on Sanskrit Technical Literature, among which Rule-extension strategies in Ancient India (Frankfurt a.M.: Peter Lang 2013), co-authored with Freschi. She has been principal investigator of two Research projects, respectively (2008-2011) on Pāṇini’s zero-morphology and (2012-2015) on the Vrātya–phenomenon. In Signless Signification in Ancient India (London: Anthem 2012), coedited with Candotti, and The Volatile World of Sovereignty (Delhi: DK 2015) coedited with Bignami, Dore and Mucciarelli, she partially collected the relevant results.