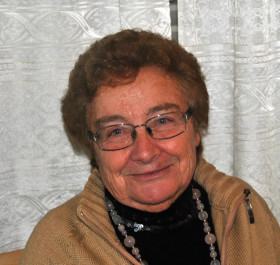 Paola Pisano received her Degree with Honours in Classical Humanities in 1967 at the “Scuola Normale Superiore di Pisa” discussing a thesis on the Ancient History of the Vita Antonii of Athanasius (Chief Examiner: Prof. Emilio Gabba; Co-examiner Prof. Arnaldo Momigliano). She was awarded a two-year Specialization Scholarship by the same Institution and discussed her final Dissertation about the Lives of the Philosophers and Sophists by Eunapius in 1969. After being a grantee at Naples “Istituto Italiano per gli Studi Storici Benedetto Croce” in 1969-1970 where she carried out research into Julian the Apostate, she won the competition for teaching Greek and Latin Language and Literature at Cagliari’s ‘Siotto Pintor’ High School, where she worked until 2006. In 1999-2000 she was also a teacher-trainer on a number of courses preparing teachers for the competition to teach Latin and Greek, as well as on several refresher courses for High School teachers in Cagliari. She started studying Sanskrit Language and Indian Culture at the University of Cagliari and recently presented a couple of papers during International Indological Seminars hosted by the Department of Philology, Literature and Linguistics. She is also author of a Contribution whose title is ‘La concezione della donna nella Atene classica.Tradizione e novità’ in the volume ‘Oltre la linea d’ombra’, edited by E. Orrù and Nereide Rudas included in the ‘Politica e cultura. Omaggio a Gramsci” Series 2012.